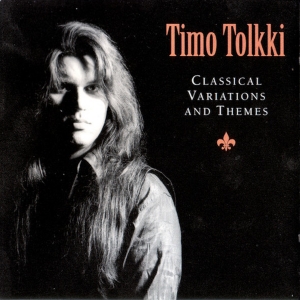 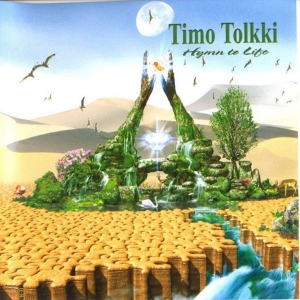 The first two solo albums from ex-Stratovarius mastermind Timo Tolkki — Classical Variations And Themes(1994) and Hymn To Life (2002) — have finally been made available on all digital platforms. These out-of-print albums contain some of Tolkki’s most emotional and inspired work. Classical Variations And Themes is a predominantly instrumental effort, with Tolkki demonstrating his neoclassical guitar composing skills on such tracks as “Flying Samir,” “Capriccio In A Minor,” and “Lord Of The Rings”. The album also has two songs with vocals, both sung by Tolkki: “Fire Dance Suite” and “Soldier’s Prayer.”

Hymn To Life is a very personal record, with Tolkki chronicling on several songs his feelings towards his father (who committed suicide when Timo was a young boy). The album also features guest vocal performances from Michael Kiske (Helloween) on “Key To The Universe” and Sharon Den Adel (Within Temptation) on “Are You The One?”, with Timo handling lead vocals on all the remaining tracks of this diverse release.

Timo also recently renewed his relationship with ESP, rejoining the guitar manufacturer which made the iconic instruments Tolkki played on Stratovarius’ classic releases and performed live on stage with. Timo is endorsing the ESP E-II HORIZON-III and LTD H3-1000FR guitar models.

Tolkki is currently writing and demoing songs for the fourth Avalon album, as well as finishing writing songs for the debut album of his new band, Infinite Visions (who will be including an updated version of “Fire Dance Suite” on the release, with Jorge Segersbol handling vocals).