Adamantis formed in late 2016 in Boston when two longtime friends met two veterans of the Madrid heavy metal underground circa the early 2000s. The band crafts a blend of power metal that draws influences from the sound pioneered by European bands such as Gamma Ray, Running Wild, Hammerfall and Blind Guardian, flavoring it with their love of classic metal forerunners like Iron Maiden, Queensryche, Judas Priest and Saxon.

Upon fleshing out a full lineup, Adamantis spent 2017 and 2018 performed relentlessly throughout New England, opening for the likes of Ross the Boss and Gygax and culminating their run with the release of the Thundermark EP in 2018.

Having taken 2019 to focus on songwriting, the band returns now with their debut full-length album ‘Far Flung Realm’, mixed by Christian ‘Moschus’ Moos of Spacelab Mixing (HAKEN, Delain, Luca Turilli’s Rhapsody). Building on the groundwork laid by their prior release, the ten tracks of ‘Far Flung Realm’ showcase the strength and diversity of the band’s musical palette, from the thunderous speed of “Puppeteer’s Bane’ to the crushing march to war and soaring choirs of the Manowar-esque hymn ‘The Siege of Arkona’, with new frontman Jeff Stark’s dramatic vocals adding new and welcome color to the band’s sound. 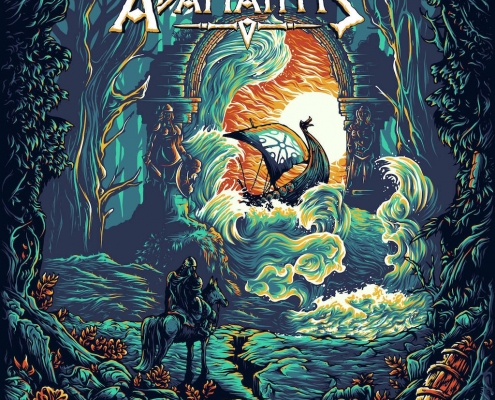 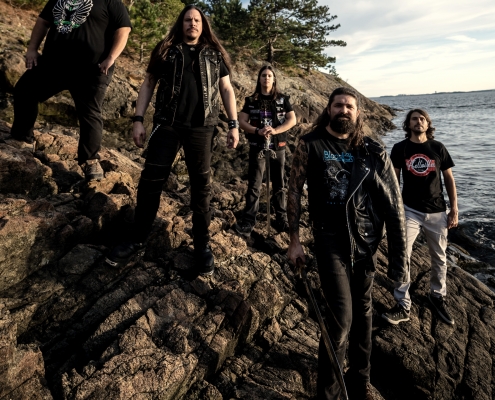