The band Morrigu was founded in 1999 by Severin and Mirko Binder. After a few live concerts, they recorded “Forgotten Embrace” in 2002 and released it in January 2003. The musical beginnings were deeply rooted in classic Doom-Death-Metal.

The demo “MMIV” was released in 2004 to positive feedback. Two years later Morrigu recorded and released the album “The Flock Of Crane”.

In 2007, the band started working on new song ideas, going their own way stylistically and incorporating more modern influences. During this period, Eluveitie’s drummer at the time, Merlin Sutter, joined the band. Recordings for the next record, “The Niobium Sky”, started soon after and it was released under the Dutch label Dark Balance in 2009.

Due to disappointment about the inadequate support and cooperation with Dark Balance — as well as the constant stylistic change — the band was thrown into upheaval, with the founding members Severin and Mirko Binder reforming the entire line-up. All the while work on new songs continued. With a new line-up and the finished songs, recordings for “Before Light / After Dark” started in 2013. Even before the release of the record, the songs were presented to the public during a European tour with the band Pro Pain. In 2014, the record was self-released and distributed by the band.

In 2017, the line-up fell apart again. On guitar, Roger Zink was replaced with Luca Neukom. Shortly after, Christoph Schönenberger decided to stop playing drums. The search for a successor was difficult. Because of this, the band focused on writing a new record in these difficult times. After 4 years of hard work, Morrigu’s new album “In Turbulence” is finally here. With eight strong and varied songs, the record is the implementation of the concept of a collaboration between Morrigu and multiple different artists. Musically, it is a cross section of all previous albums that the band has released, with Morrigu’s music appealing to fans of Amorphis, Dark Tranquility or Evergrey.

Because the band wanted the best quality for their music — and to work with real instruments instead of sampling — they asked musicians from all over the world to work with them, including Adrian Erlandsson (At The Gates, The Haunted) on drums. Together with the experience of Adrian and Jakob Herrmann (who engineered the recordings in his Top Floor Studio) they got the drum sound that they had always dreamed of. Another highlight is Elektra Amber. She has a world class voice and the band were so enthusiastic that they hired her for two songs.

As with the last album, Jens Bogren (Opeth, Arch Enemy, At The Gates) was commissioned for the mastering. Various artists were also hired for the album artwork, with Niklas Sundin (Dark Tranquility, In Flames, Soilwork) drawing the phoenix on the front cover and the rest being a mix of art by Gustafo Sazes and Stefan Skjoedt. 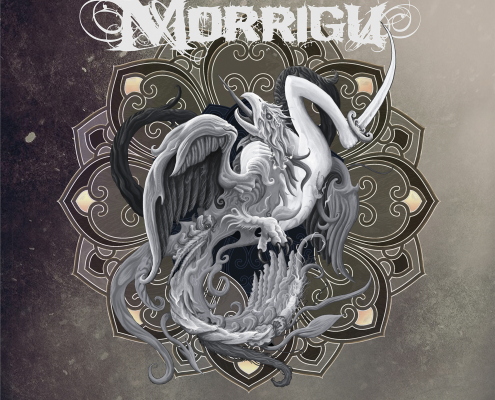 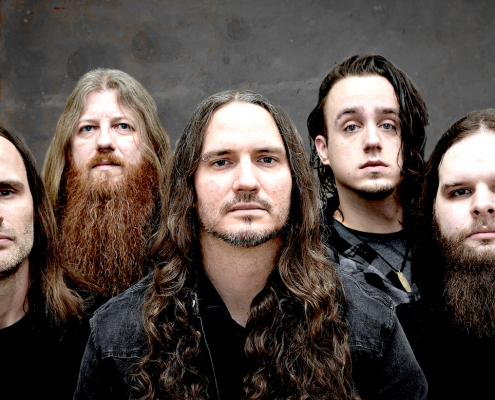