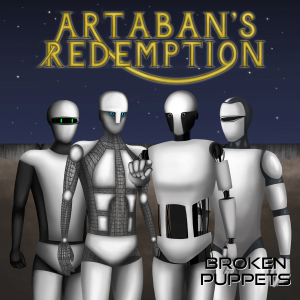 Artaban´s Redemption is a band created by Alvaro Weik at the end of 2020. It was a personal project created to put out some songs composed during that year. In May 2021 the band will release their debut EP: Broken Puppets. The 5 Power Metal
songs tell a futuristic story where machines — provided with AI — rebel against the increasingly selfish humans that treat them as rubbish once they get old.

The songs were mixed and mastered at Dan Diez’s (Tierra Santa) Rock Lab Studios. Apart from that, he contributed a guitar solo for one of the songs.

Broken Puppets is a Power Metal EP with elaborated melodies, orchestral elements, fast double bass drums and high-pitched vocals, that pay tribute to the classic albums released during the 90s by bands like Gamma Ray, Edguy, Helloween or Running Wild.